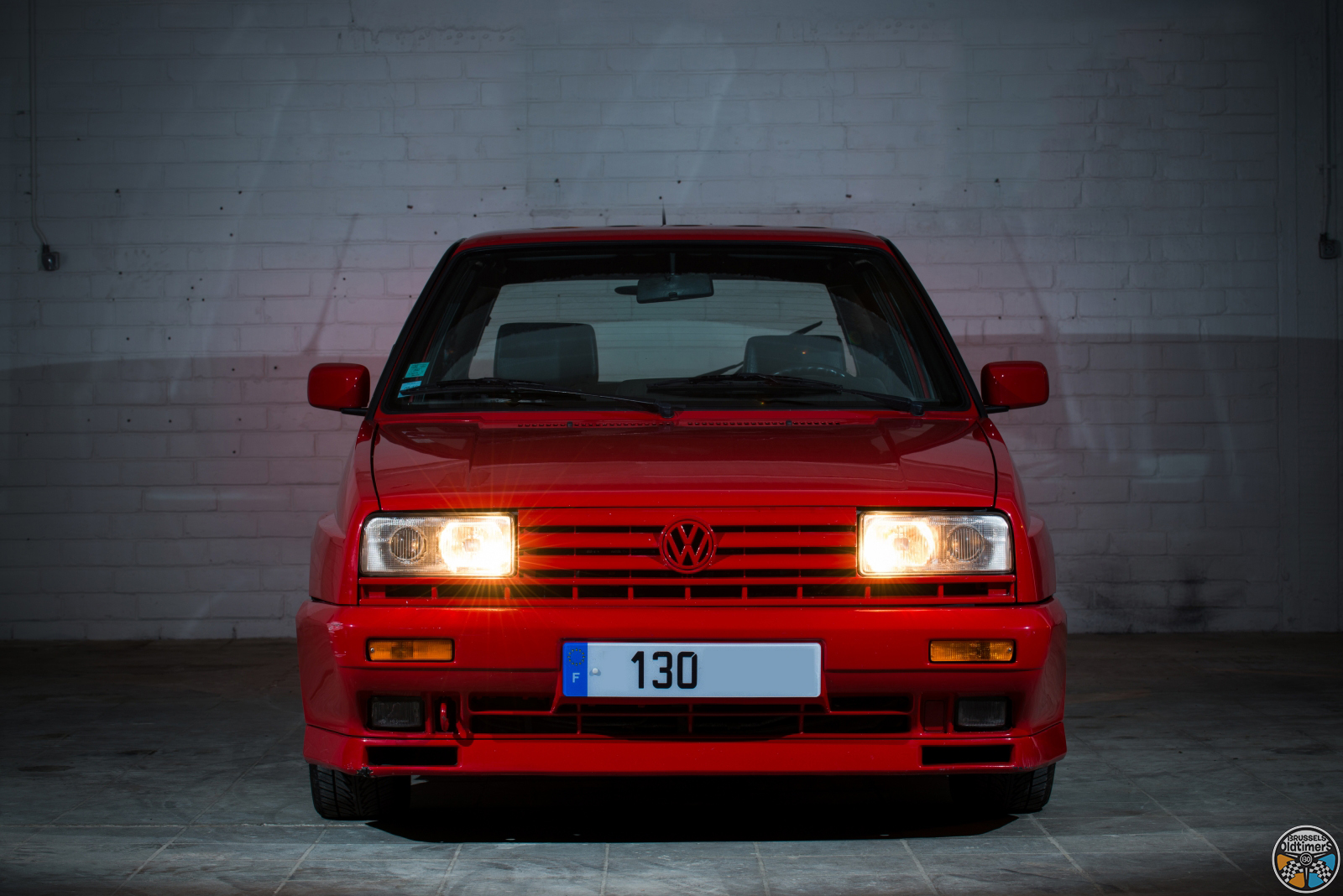 Indeed, at the end of the eighties, there are more and more manufacturers who get involved in motor sport competitions with models supposed to look like the ones sold in automobile dealerships … Bmw with the M3 e30 or Lancia with the famous Delta HF Integrale are only two examples among many others. So, rally was created in 1989 in order to meet the regulations of group A; which authorized 2 litres-turbo engines (power theoretically limited to 300 horsepower) and a four-wheel drive transmission. The standard models, which were used as a basis for the approval process, were supposed to be produced at a rate of 5000 cars per 12 consecutive months. VW would thus produce 5000 of them! Therefore, on a mechanical level, we can find the 8 valves of the GTI grafted with a compressor to reach a power of 160hp ! The whole thing equipped with a sync integral transmission. A real guarantee of efficiency! So, 5000 Golf Rally left the factory of Wolfsburg, and not a single one more. It would have been difficult to sell off more anyway as the public will avoid buying it. Indeed, the car cost 10.000€ (400 000 francs) more than a Gti 16S, way funnier to drive thanks to its 230kg less! To crown it all, VW would bring out the famous Golf G60 in February 1990! By taking the motor of the Rally, but in a Gti box for a way lower price! So, you can easily understand why the Rally would not have had the commercial success of its rivals in competition… In a nutshell, what are the aesthetic modifications of this “Super Golf”? The most obvious: the rear and front wings are inflated, and the calender has rectangular optics. The wheel rims are 15’’, the bumpers are more wraparound and painted in the exact same colour as the body, just like the calender and the logo. The rear view mirrors are, for their part, electrical. On the inside: the seats are specific, the steering wheel and the knob are made of leather. The car also has the ABS and the power-assisted steering. Therefore, the Rally is obviously powerful, but it is hard for this car to compete with its sisters or even with the rivalling cars. Expensive, not very nice, not so effective, in the end, the Rally is only worth for its rareness, and thus, remains a piece for collectors. So, you can easily understand why its quoted value is starting to take off. Needless to say that those cars are increasingly rare to find!