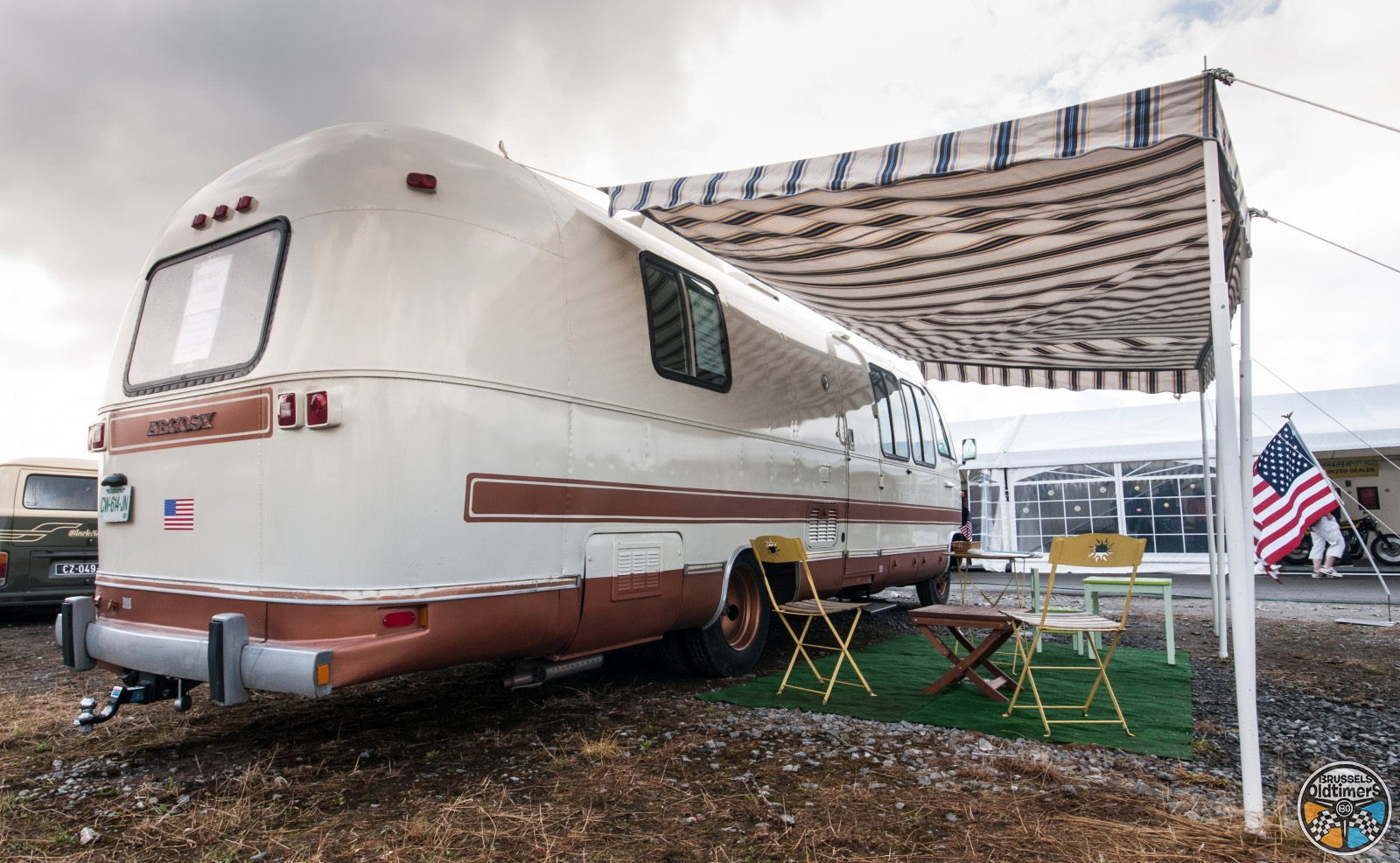 Going back 1 month to the Hot Rod Custom Show ( Chimay / Belgium ), where we spent an incredible weekend. We also got to meet Séverine & Marc, from Billezois ( France ) with their magnificent 28ft Airstream motorhome ( 8.5 metres ). Yes, you read correctly, Airstream ! We were very surprised to see an Airstream with an engine, yes! Airstream didn’t only make amazing caravans. What a great surprise ! We couldn’t keep our selves from find out a bit more about this monster with a Chevrolet 454cu to pull the 4.7 tons along the road ! Here we have a look into the history of Airstream thanks to Séverine & Marc. Who has never dreamed of travelling through the USA in an Airstream ? It is definitely one of the biggest icons of the motorhome world. It is a real symbol of freedom and American craftsmanship. Made in the USA, born in the 30s with the famous caravan inspired by a plane’s fuselage. of course you know the one, the one that’s round and shiny ! Here’s a bit of history to start with… In the late 20s, Wally Byam, lawyer, built a few prototype caravans. These were classically built with masonite a sort of hardboard. Wally Byam founded Airstream in 1934.

In 1935 he met William Bowlus, an aeronautical engineer who had supervised the construction of Spirit of St Louis of Charles Lindbergh. William Bowlus had built an aluminium caravan and needed Wally’s expertise in sales and marketing. The rounded shapes are totally revolutionary, with aeroplane-like construction and technology made in aluminium and aerodynamic. Bowlus’ company sold two models : the Road Chief and the Papoose

In 1936, Bowlus went bankrupt and Byam bought his tools and hired some of his workers. From 1936, Airstream sold the Clipper, a Bowlus caravan where the door which was previously at one end was now on the side.

During the big depression of the 1930s, and contrary to usual, the demand of caravans was higher than the offer, even though the high price.
However, in the Second World War, where aluminium was scarce, the American government decided to restrict it’s usage to weaponry only, which forced Airstream to cease production.
At the end of the war, the economy was booming and the American’s were looking at travelling and leisure. Airstream caravans went back into production in 1948. Airstream is a luxury manufacturer who in 1974 decided to make motorhomes. Called Argosy, their architecture is copied over from the caravans, with the difference of their body being painted. Only very few were made, and they ended production in 1978. From 1979 onwards, Airstream decided to go back to it’s roots and build unpainted, aluminium motorhomes, including the Excella ( 280 built ).
Then in the 1990s, Airstream replaced their aluminium motorhomes with fibreglass bodied models. The brand Airstream also made it’s name in the Space program, where during the Apollo program, NASA used modified versions of these vehicles. In 1969, on their way back from the moon, the team from Apollo 11 were put in quarantine in an Airstream.