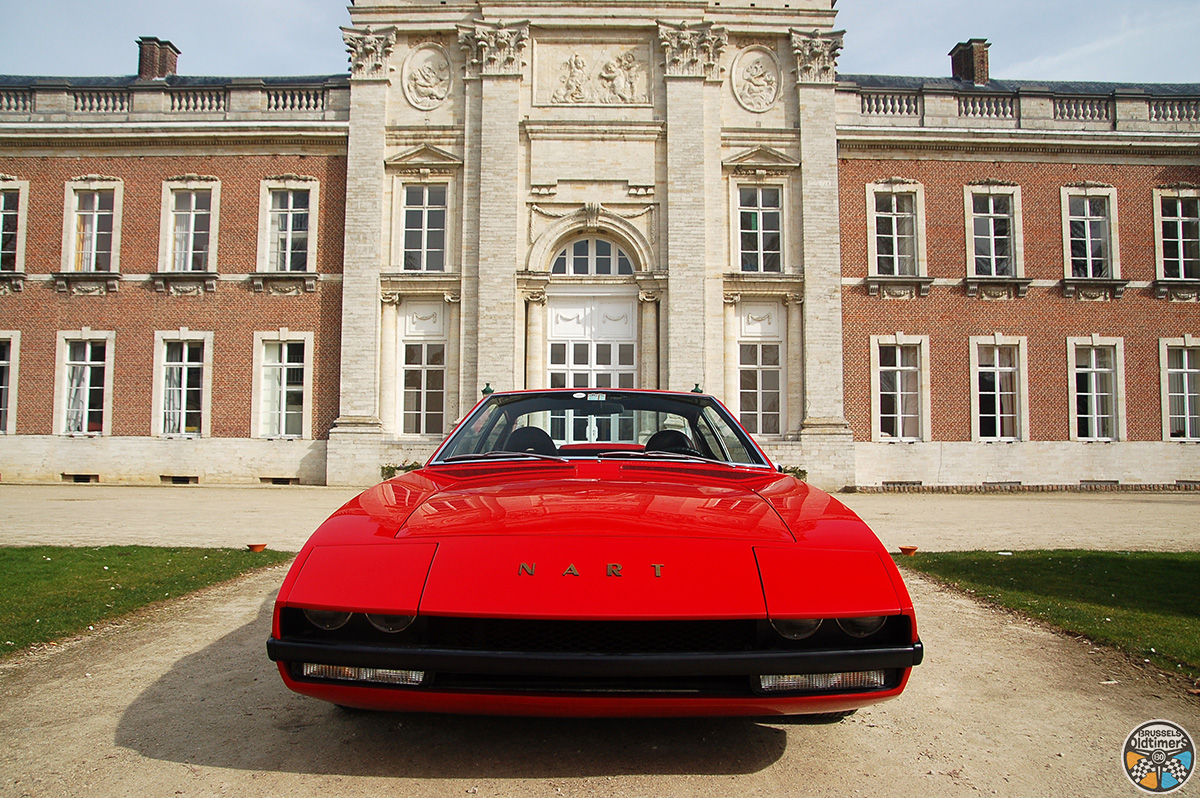 Who would think at first sight that this car is a Cadillac ?
Here’s the story behind this unique model… Luigi Chinetti was an Italian racing driver living in the States. Three time Le Mans 24hours winner (1932 and 1943 with Alfa Roméo, then in 1949 with Ferrari), he ended his sports career in 1953 and went on to create the N.A.R.T. for North America Racing Team. It’s thanks to his good connections with Enzo Ferrari that he stayed the exclusive Ferrari importer in North America from 1947 to 1970.
1970 is in fact the year where this strange Cadillac awoke it’s 400bhp for the first time… Everything started in 1968, with threats of new pollution regulations starting to reduce the number of exotic car imports. At this very moment, many rich people were looking for unique vehicles, so Chinetti had the idea to use their money to create something special. The project started in 1969, General Motors supplied the underpinnings and engine. A Cadillac Eldorado chassis, however the 500cu V8 (8.11 litres !!) was moved into the back, creating a rear wheel drive, mid engined 4 speed automatic car, with independent suspension at all four corners and four disk brakes. Legend says that it was Luigi Chinetti Jr who designed the body, it was then taken to a real design studio to turn his design into a full size model. One thing that we are certain about, is that the 1/1 scale model was finished in the GM workshops. Logically found the plate with the number 001, this is the only copy built

The project then ended up at Zagato, who built the car out of aluminium, making it rather light although it’s size. Like the power plant, the dashboard is also from a Cadillac, however it was narrowed to fit, and all the luxury equipment including : electric windows, air conditioning, AM-FM stereo radio etc… The lights come directly from the Pontiac GTO 1966T

Once the project came to an end, General Motors lost all interest in it, mainly because of delays and economical difficulties that meant that the car had no chance of going into production. A bench with 3 seats in the front has been installed, a typical American of the time!

In 1971 the prototype was displayed on the Zagato stand at the Turin motor show, a few months later on the Chinetti Motors stand at the New York show. The engine in the rear central position allows for 2 chests!