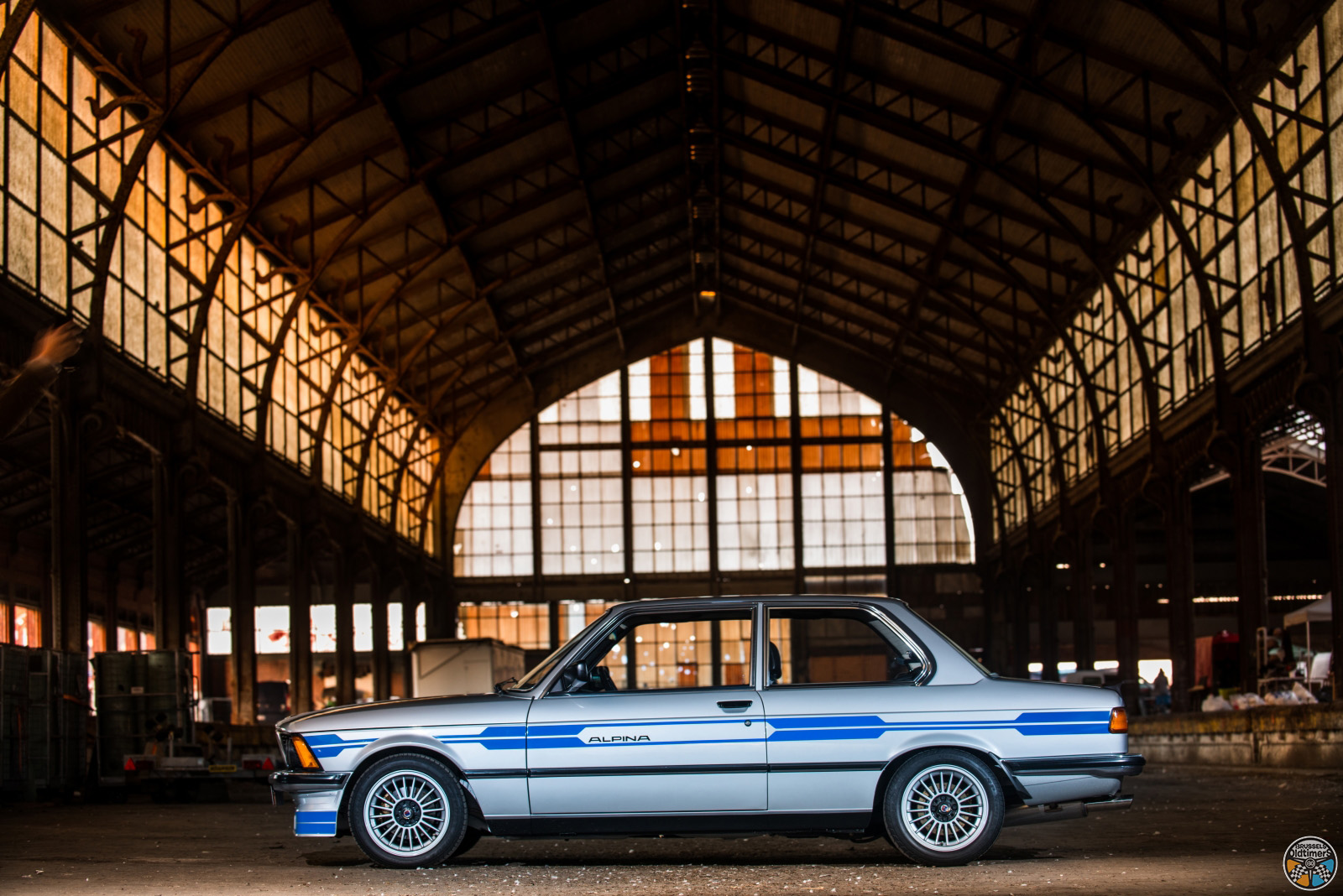 It’s the 14th of December 2014, here we are at the Cinquantenaire, the day of the 130 Winter Meet, a beautiful day spent under the Brussels sun, pretty cars from all four corners of the country, a great atmosphere with little wrong apart from the cold winter weather, the general good mood of the public was up to scratch.
An 80s sports car in particular caught our attention, although the car was already known to our team. We organised a photoshoot the same day once the gathering was over, off to a very popular photography spot in Belgium, the Domaine of Tour & Taxi. Since he was a little kid, the owner, Fred, who lived close by a BMW dealership and who frequently went to check out the showroom on his bicycle. Back in 1980, the era of the E21, the era when Fred fell in love with this model. True love he told us.
What was it he particularly liked? The mythical sound of the BMW straight six. Fred got his licence 26 years ago, he’s driven numerous cars since but at the wheel of his Alpina E21, nothing’s the same ! The car in question is now 35 years old, but with the comfort and flexibility of a modern car, magical ! Fred decided to start his search for his dream car and by chance he came upon this once, his childhood dream. It was very tidy and only had two previous owners, the previous only used it for touristic rallies. Unfortunately a few of the specific Alpina accessories had gone missing, including the interior, the wheels and the spoiler. He started restoring the C1 in May 2005, it was already difficult to find missing Alpina parts. But once he’d found the necessary parts, he took the car to parts, sandblasted it, fully resprayed, rebuilt the engine and since 2010, the end of the restoration, Fred has done 9000km with it’s new engine… 9000km of pure pleasure! Any particular anecdotes? There are plenty, however there’s one in particular. His wife’s surprise when she notices people’s reaction when they see the Alpina. Nice gestures, thumbs up, congratulations etc. It’s always a real pleasure to receive such compliments about your own car.

What he likes the most, is that this car marked his era, “Ah, when I was young I had…”. And nowadays the youngsters that approach him to take photos of this magnificent and atypical E21! Proof that age has no effect on this passion… ! The C1 2.3 was built from April 1980 to July 1983. It was introduced onto the market to bridge the gap between the 323i and the B6 2.8. The engine is based on the 323, a 2.3l. The cylinder head has been modified, camshaft and pistons, however the ignition and injection (K-jectronic) are the same as the normal 323i. The C1 was a bespoke car, with huge choice available to the client, in this case it’s the full package, with every Alpina part in the catalogue. It is very rare to find such a good example these days. All the C1s are 323i base cars, as before 1983 Alpina was a tuning company and not a manufacturer. So how many were made? Even Alpina doesn’t have a clue of the exact number, only the engines are traceable thanks to their numbers. After much research, rumour has it that around 460 C1s were built.. The interior of the Alpina is very specifically modified. Sport seats, a sports leather steering wheel, a new gear knob and an Alpina badged speedometer.
Check out the magnificent Recaro velour interior in typical Alpina colours. A small detail, which means a lot to Fred, the lovely Luigi sticker under the bonnet, which was given to him by the tuner himself. A war name given to him because of his miraculous engine modifications.

Luigi Cimarosti had cars on the grid at the 24 hours of Francorchamps 16 times running. He won twice in1974 and 1975. His record even includes many european titles (touring cars, all categories). More than 100 drivers, such as Boutsen, Stuck, Fitzpatrick, Walkinshaw, Van De Poele, Neve, Duez, Snyers… drove cars built by him. A huge thank you for your patience and cheerfulness at our Brussels events, until next year!