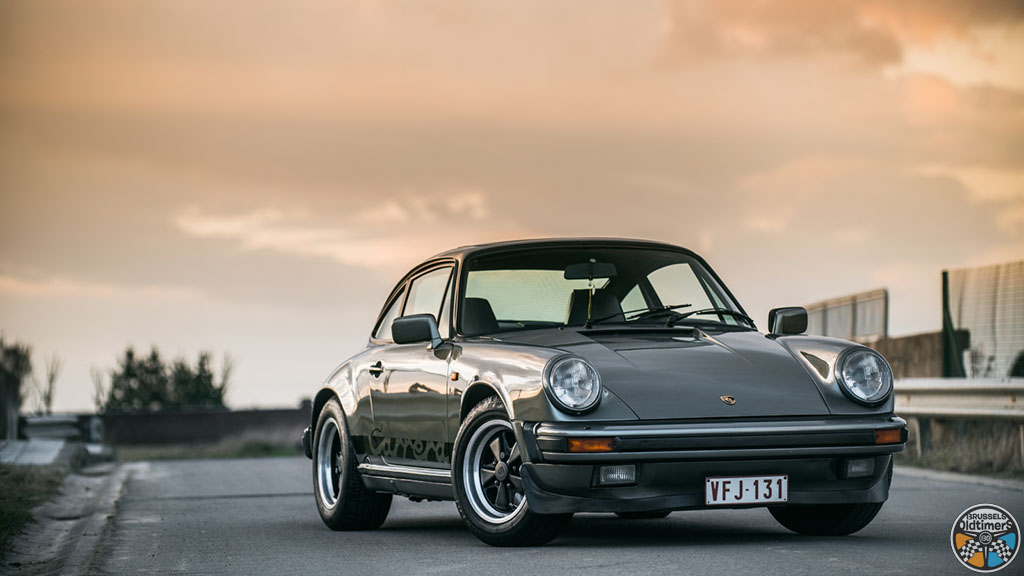 Yannick explained that since his childhood, for him the 911 was THE CAR, along with the fact that he’s always been a huge fan of German cars, starting with the Mk1 Volkswagen Golf and the T1 Bus. His father had a 928 S4 on loan when he was 12/13, an absolute monster!! This is when he got hooked on Porsche, and he rapidly took a fancy to the 911, prefering the elegant lines and rear mounted engine : a legend! We get it, Yannick is the happiest man on earth when he has the opportunity to drive his 911, whether it’s just to cruise or to do a rally with his frog, as he calls it. He’s overwhelmed every time he sees it and explains why that’s understandable, as owning a 911 is a clear sign of good taste! His favorite part? The rawness, no need for a radio, the sound of the 3.2 is all he needs.

A friend was selling his 3.2 in order to buy a 993 4S, given that it was his dream car, Yannick jumped at the opportunity, especially as he knew the car’s background being owned by his friend.

Although all these problems, he plucked up the courage to restore his dream car. Many repairs had already been made, and many expenses will be needed in time to come, but he doesn’t give up, and gradually restores the car at his own rhythm, as that’s the pleasure he gets from classic car ownership, and when you solve a problem another arises! He also explained that he’s the 3rd owner and he’s owned it for 10 years, hoping to keep it for quite a while more.

Whenever he takes it out for a spin, he gets positive vibes from passers by, though nothing special as it’s rather subtle, by it’s colour and size ( it’s not a turquoise Cadillac ), it’s a young old-timer, that people don’t really notice yet, apart from the obvious enthusiasts that acknowledge him from time to time.

One thing is for sure, Yannick is not going to be getting rid of his Porsche anytime soon.